Nazlı’s Guestbook: Osman Hamdi Bey’s Circle focuses on Osman Hamdi’s daughter Nazlı Hamdi’s guestbook, containing dedications from the young woman’s relatives and friends, but mostly from her father’s friends, colleagues, and acquaintances. The exhibition aims to shed light on this social and cultural environment by following the signatures of some of the leading figures of the time, from the celebrated archaeologist and later spy Gertrude Bell to Ahmed İhsan Bey, founder of the illustrated magazine Servet-i Fünun, and from the Bavarian prince Rupprecht to the famous Ottoman poetess Nigâr Hanım…

Born in 1893, Nazlı was the youngest child of Osman Hamdi and his French wife Marie/Naile. Between 1907 and 1911, much like her peers, she kept a guestbook for visitors to sign and dedicate with a few kind words. It is this guestbook, bearing traces of over thirty individuals, that constitutes the backbone of the exhibition. The display attempts to present, identify, and relate to Nazlı and Osman Hamdi, or even to one another, this mix of visitors: locals and foreigners, men and women, archaeologists, authors, artists, diplomats… At the same time, it examines the story of a woman, who grew up in a privileged and highly westernized family, and whose life extends from the end of the Ottoman Empire to the early decades of the Turkish Republic.

The exhibition is introduced by three preliminary sections. First, Nazlı herself and her family: a closely knit inner circle of relatives, some of whom appear in the guestbook. Second: the celebrated villa and garden of Eskihisar, where family and friends often met. Third: Osman Hamdi’s last journey to Europe, from August to October 1909, when, accompanied by Nazlı and her guestbook, he traveled to Munich, Luzern, Lausanne, and Paris.

The exhibition proper reveals the guestbook and its contents, by allocating a panel and showcase to each of the individuals concerned, displaying documents, images, and objects relating to their lives and careers, as well as to their connection to the Hamdis. A digitized version of the guestbook can be browsed on a PC tablet.

The narrative of the display is an arbitrary one, its limits drawn by the guestbook. The rest is left to what and how much one is able and willing to draw from the mass of information collected on the life, career, or networks of each individual recorded in the guestbook. However, unexpected connections do pop up between some of the guests, to the point that only a virtual medium can tackle the complexity of the emerging web. Beyond its effort to recreate the circle of an Ottoman intellectual, the exhibition is also a historical exercise about trying the potential and the limits of a single but complex document.

Published by Homer Publishing House, a book by Edhem Eldem accompanies the exhibition.

One of the most vivid cases in Nazlı's Guestbook exhibit belongs to Nazlı Hamdi's music instructor Michele Virgilio. The scores on the notebook are played by violinist Cecilia Varadi. 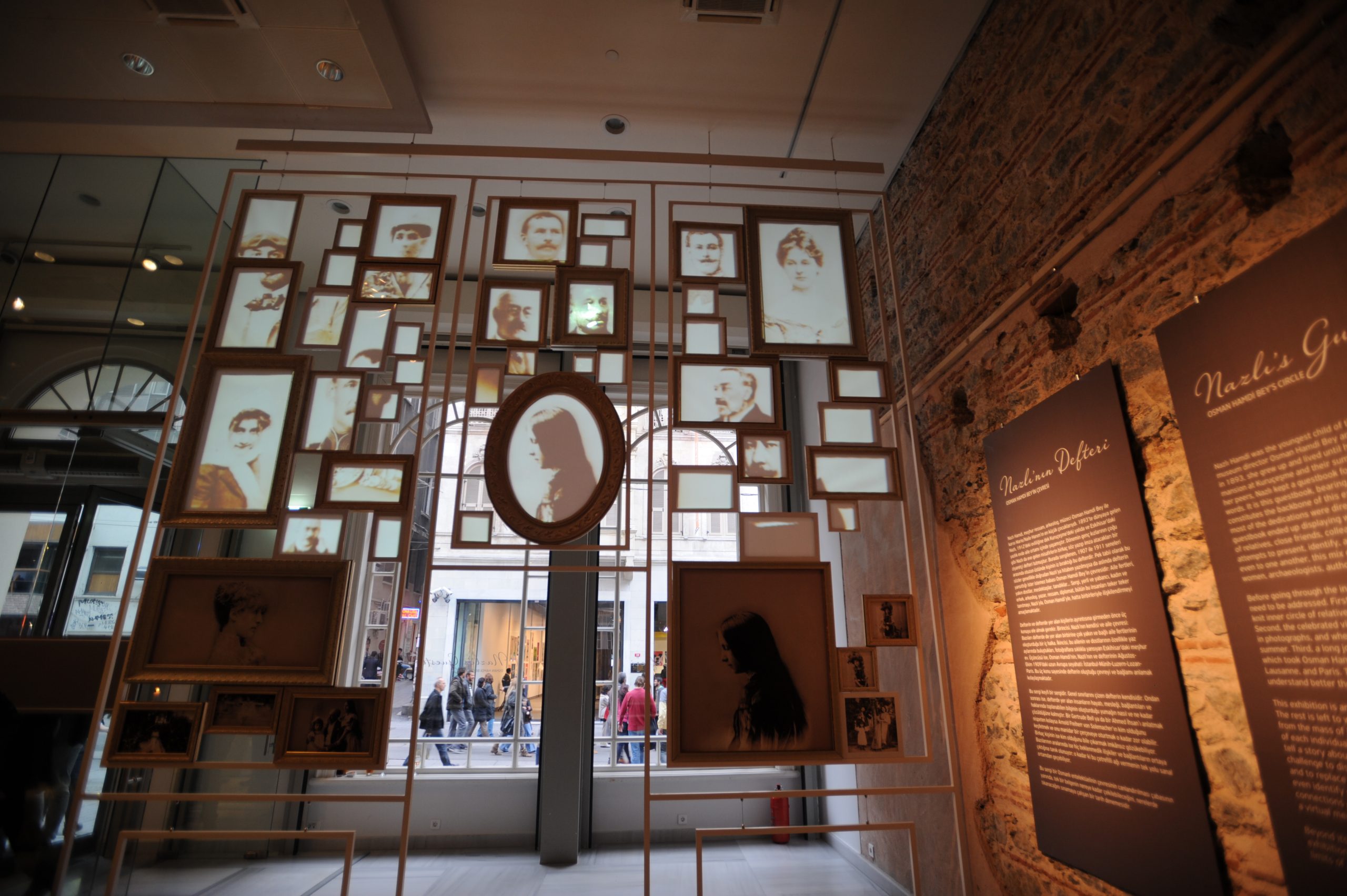 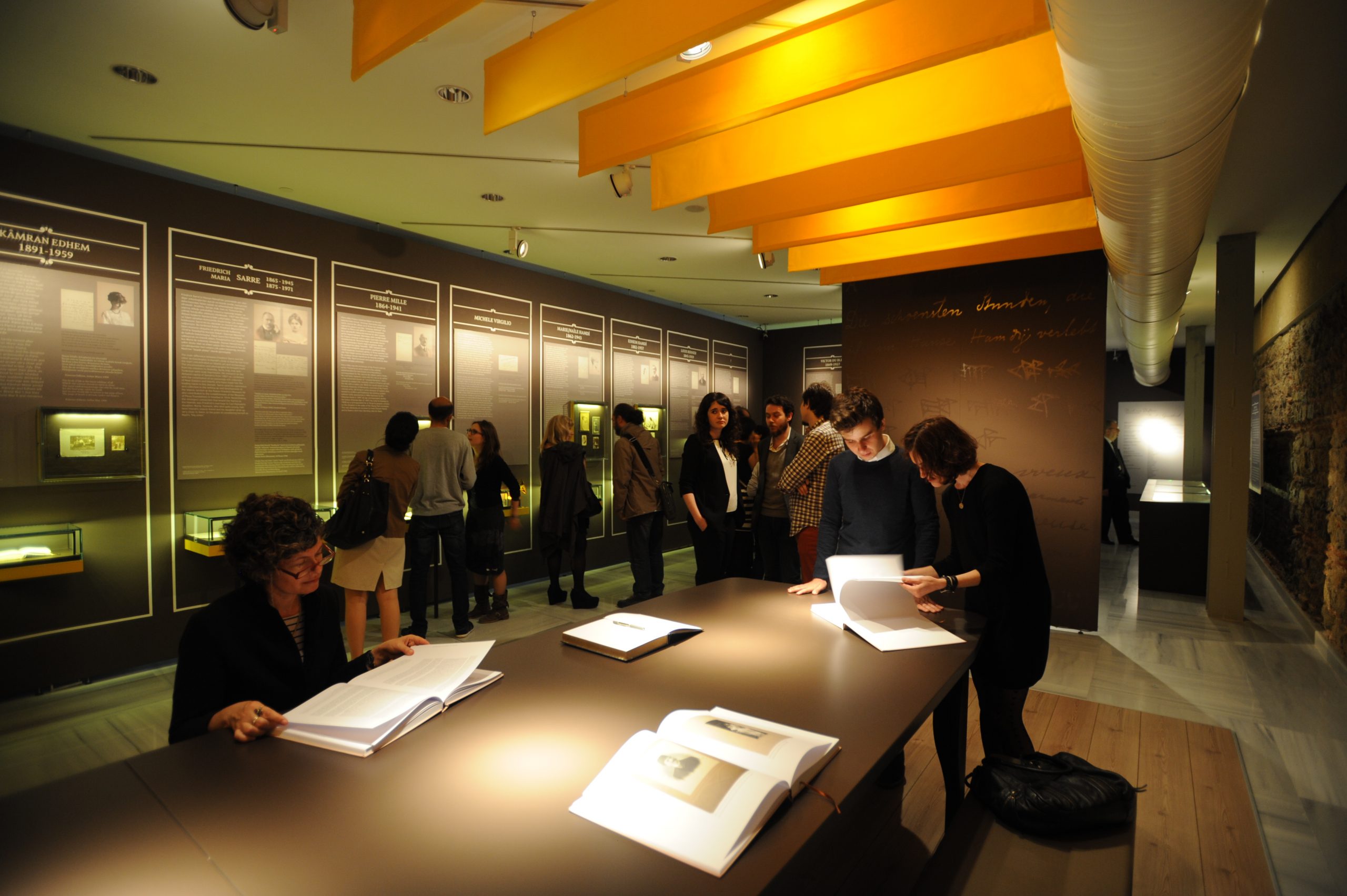 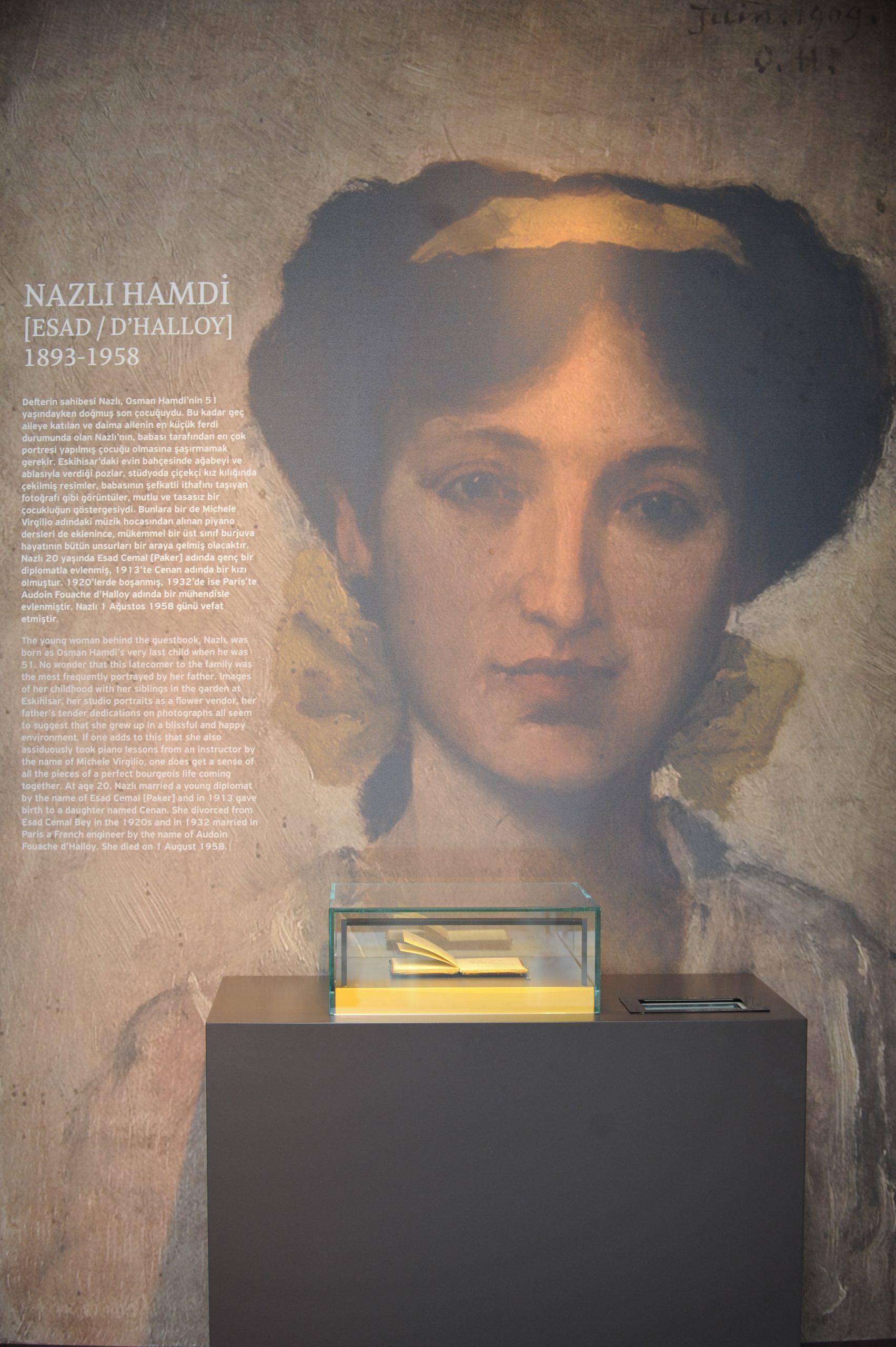 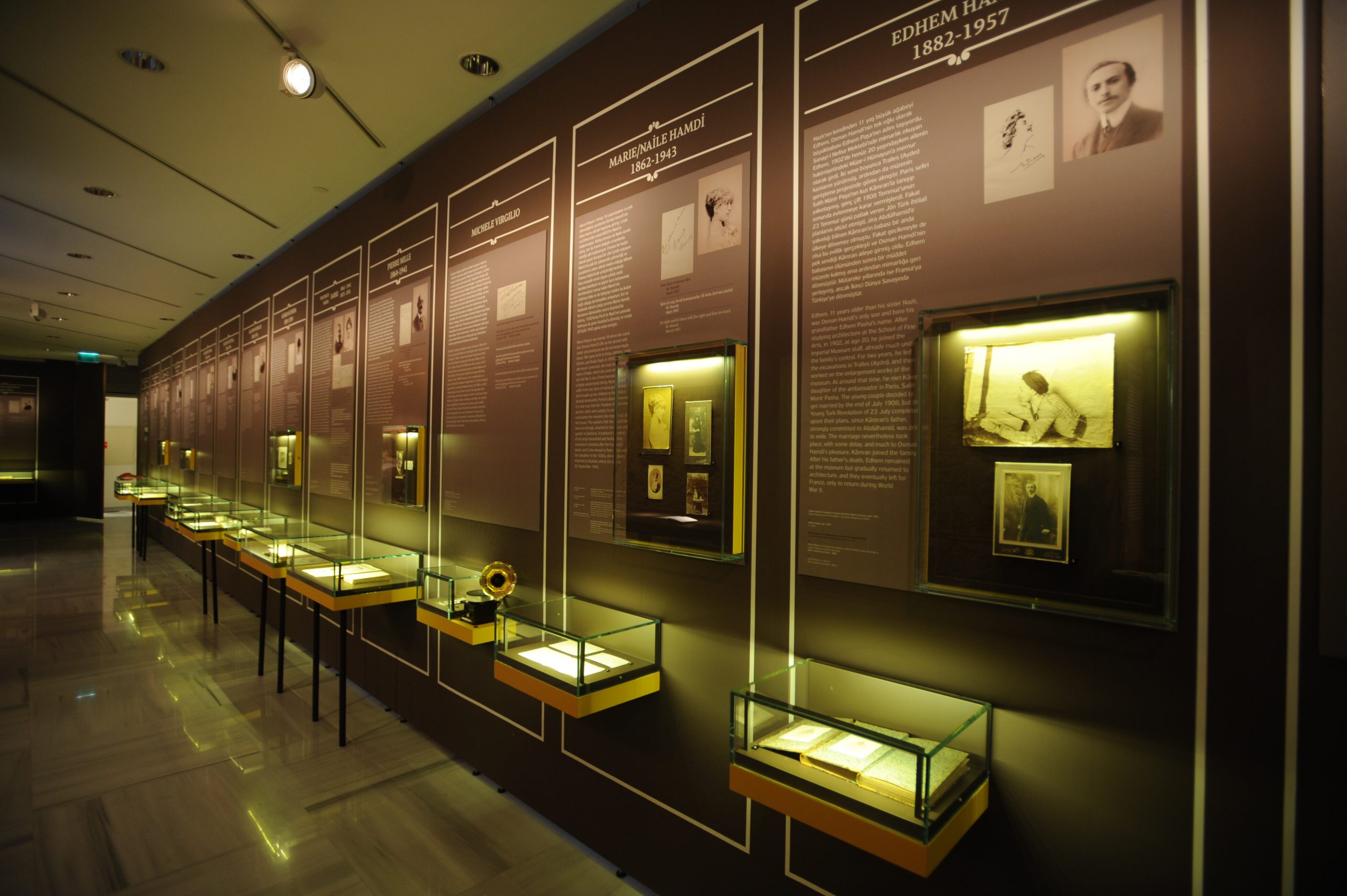