Camera Ottomana Photography and Modernity in the Ottoman Empire, 1840-1914

21 Apr 2015, 10:00 – 19 Aug 2015, 18:30 Curated by Zeynep Çelik, Edhem Eldem, Bahattin Öztuncay
Tuesday-Saturday: 10:00-18:30 / Sunday: 12:00-18:30
The exhibition explores some of the most striking aspects of the close connection between photography and modernity in the specificity of the Ottoman Empire. Curated by Zeynep Çelik, Edhem Eldem and Bahattin Öztuncay, the exhibition mainly consists of albums and archival materials from Ömer M. Koç Collection as well as photographs from the albums commissioned by the Sultan Abdülhamid II.

After the birth of photography in 1839, the Empire embraced the new technology with great enthusiasm. In fact, the impact and meaning of photography were compounded by the thrust of modernization and westernization of the Tanzimat movement. By the turn of the century, photography in the Ottoman lands had become a standard feature of everyday life, of public media, and of the state apparatus.

During Sultan Abdülhamid II’s reign modernity was often embedded in the photographic act, transforming it into a common and mundane practice showcasing his empire for Western audiences. Camera Ottomana displays different forms of these images disseminated through the illustrated press, postcards sent out to family members or anonymous collectors, portraits presented to friends and acquaintances, or pictures taken of employees and convicts, photography had started to invade practically every sphere of public and private life. The exhibition brings together the Empire’s modern image with an extensive selection of photographs, emphasizing the widespread use of photography in various areas such as propaganda, journalism, education, criminology, and medicine.

Designed by PATTU Architecture, delicate materials such as daguerreotypes, glass negatives and stereographs are carefully placed in the gallery among the meticulous selection of archival documents and photos most of which are on display for the first time. Visitors are also able to examine different techniques that are used throughout the history of photography by the digital technology applied in the exhibition.

The microsite of the exhibition will serve as a permanent source for those who want to benefit from the selected works in the exhibition.​ 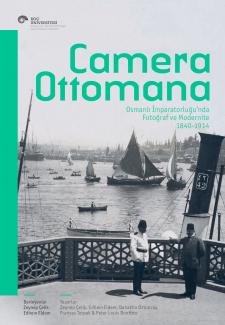 Camera Ottomana: Photography and Modernity in the Ottoman Empire, 1840-1914

One of the most vivid cases in Nazlı's Guestbook exhibit belongs to Nazlı Hamdi's music instructor Michele Virgilio. The scores on the notebook are played by violinist Cecilia Varadi. 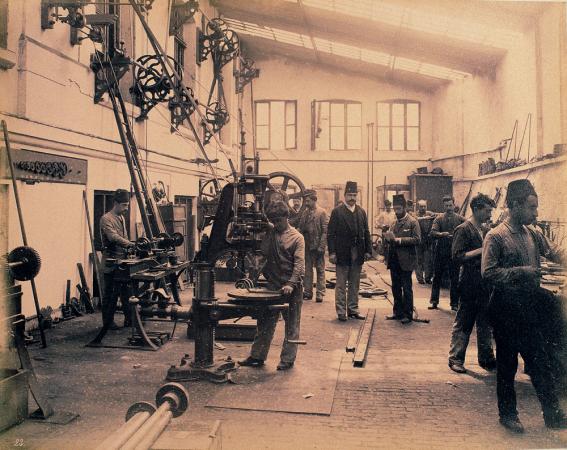 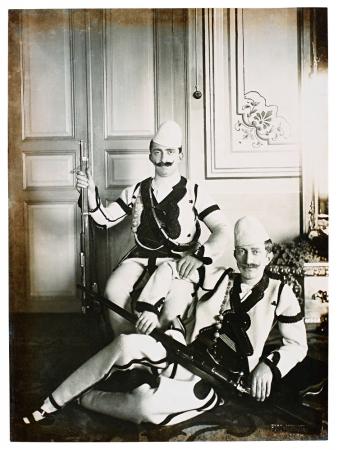 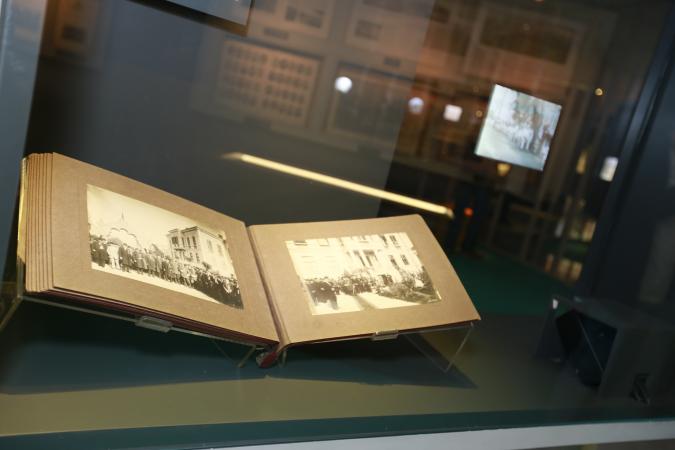 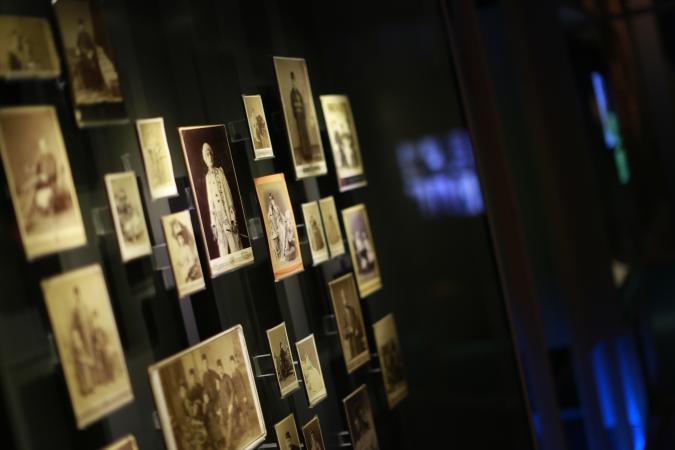 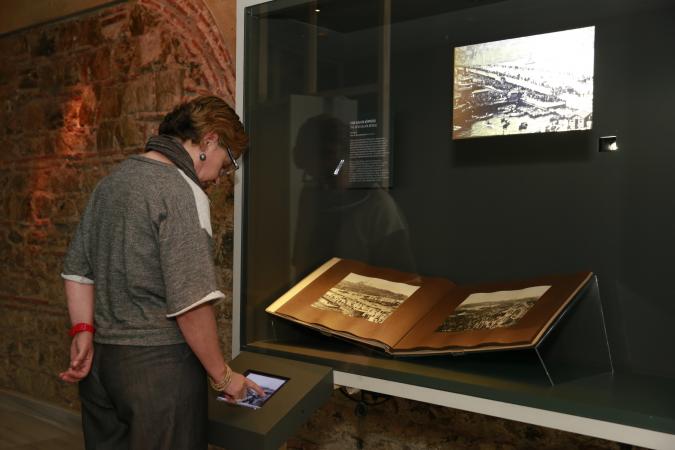 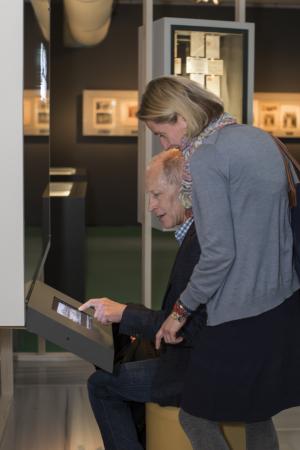 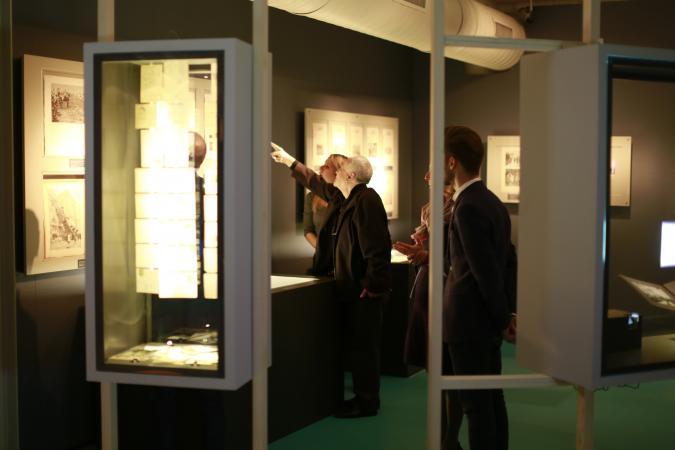 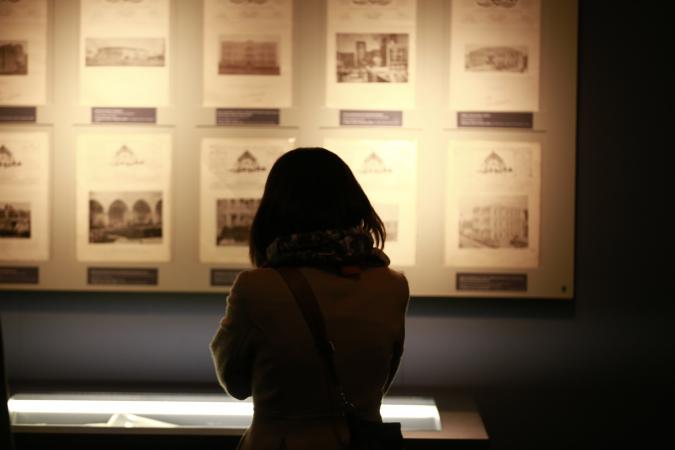 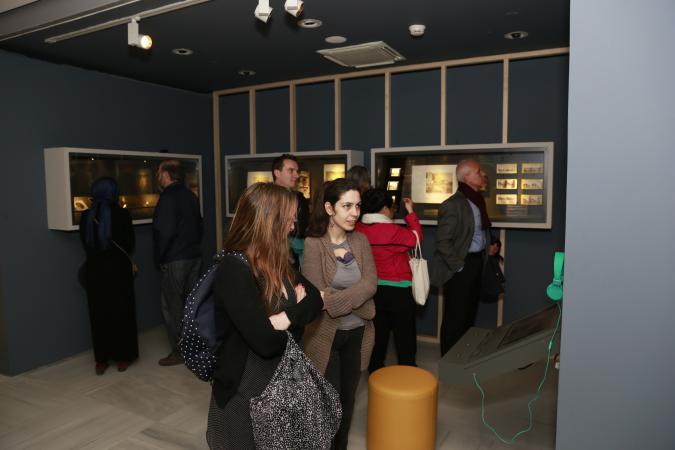